Minecraft mods (short for modifications) are user-created code that alter gameplay. Mods can be excellent education tools, especially those that introduce real-world STEM concepts (such as electricity or computer programming) to the game. Below are instructions for installing mods in MinecraftEdu and Minecraft.

Installing mods in MinecraftEdu is easy! If you're playing a world from MinecraftEdu's world library, the world's profile page will tell you which version of MinecraftEdu you need, what mods are required to properly run the world, and which versions of those mods you should use. 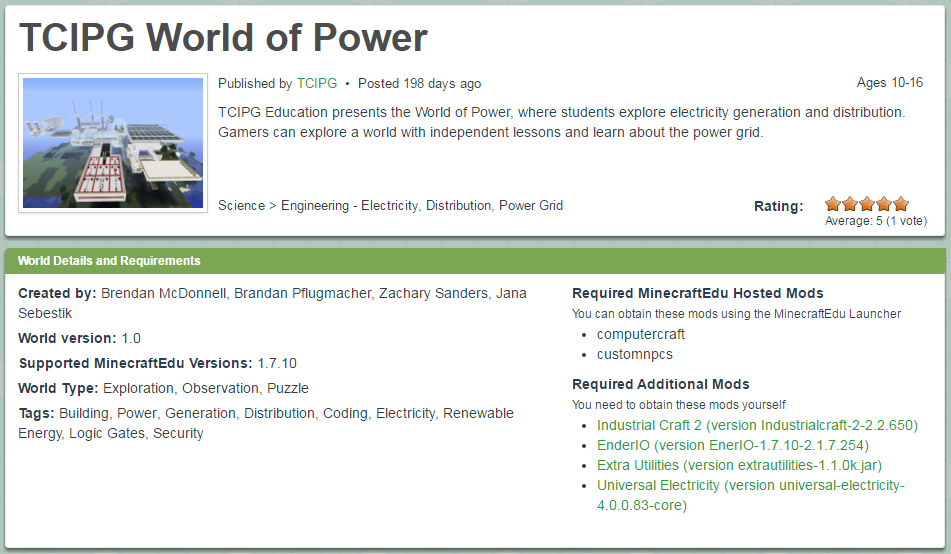 The listing above indicates that two different types of mods are necessary: Required MinecraftEdu Hosted Mods and Required Additional Mods. You can see what mods are currently installed on your MinecraftEdu folder from the launcher. When the launcher is open, click the Mods button (1), then the Server Mods button (2), as shown below. 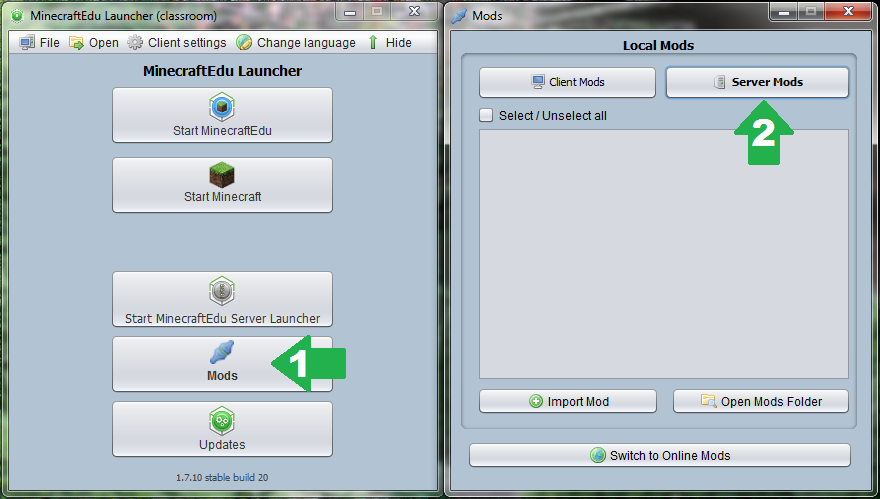 The Server Mods section is blank, indicating that no server mods are installed. Read below on how to install server mods. 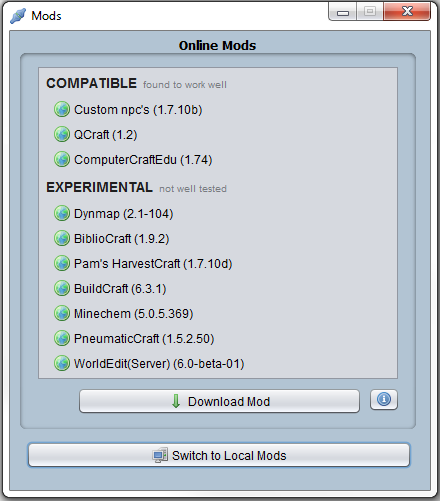 To download one of these mods, click on its name (don't worry if you don't see any change; the mod has been selected). Then hit the Download Mod button. You should see the name change to indicate that the mod is downloading.

View more: How To Disable Cheats In Minecraft World, : Minecraft 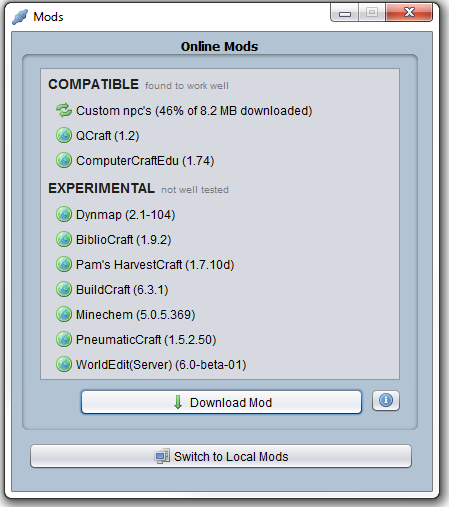 After the download is complete, the icon next to the mod name will change to indicate that it is already downloaded. 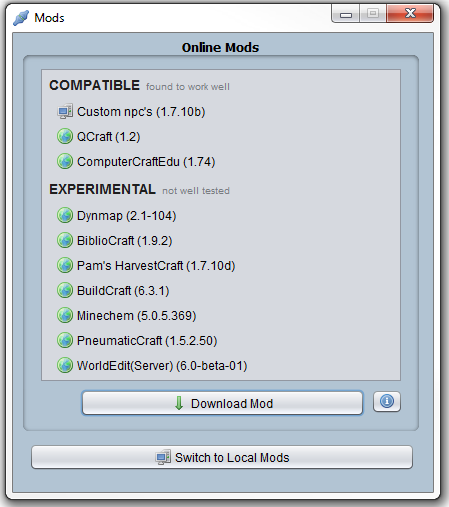 If you click the Switch to Local Mods button at the bottom of the screen, you will see that the mod is now in your server's mod list, and enabled (indicated by the checked box next to its name). 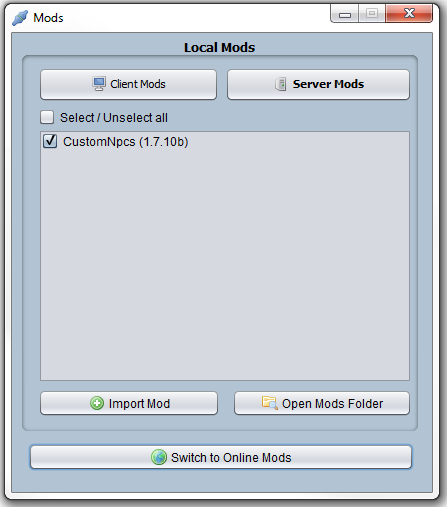 That's all you need to do! Repeat this process for any other Required MinecraftEdu Hosted Mods needed for your world.

Sometimes a world will require a mod that isn't hosted by MinecraftEdu. CREDC World of Power uses several such mods. These will be listed in the Required Additional Mods section of the world's profile page.

The screenshot above shows CREDC World of Power's required additional mods, from its profile page. Each one of the mod names links to a direct download for that mod. Just click the name of the mod to download it to your computer.

Downloading these mods will leave you with several files, usually .jar or .zip files. Collect these files into one place so you can find them later, then return to the server mods section of your MinecraftEdu launcher. Click the Open Mods Folder button.

Related: How To Edit Minecraft Splash Text, How Do I Cusomize Splash Texts 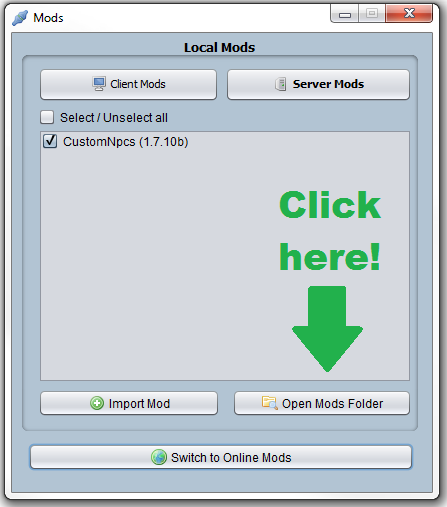 This will open a file folder that contains any mods you've already downloaded from MinecraftEdu's server. On Windows, it will look something like the screenshot below: 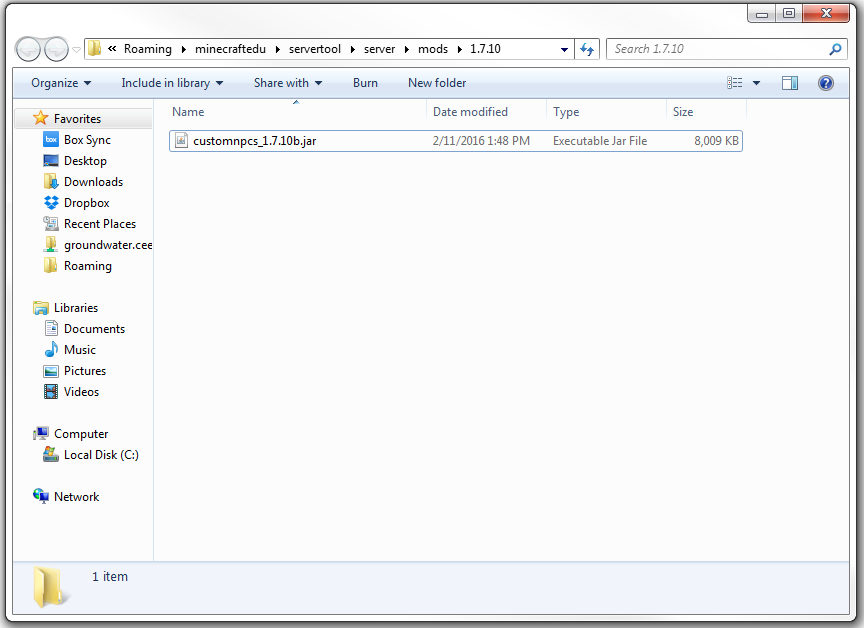 Drag all of the .jar and/or .zip files you downloaded into this folder. 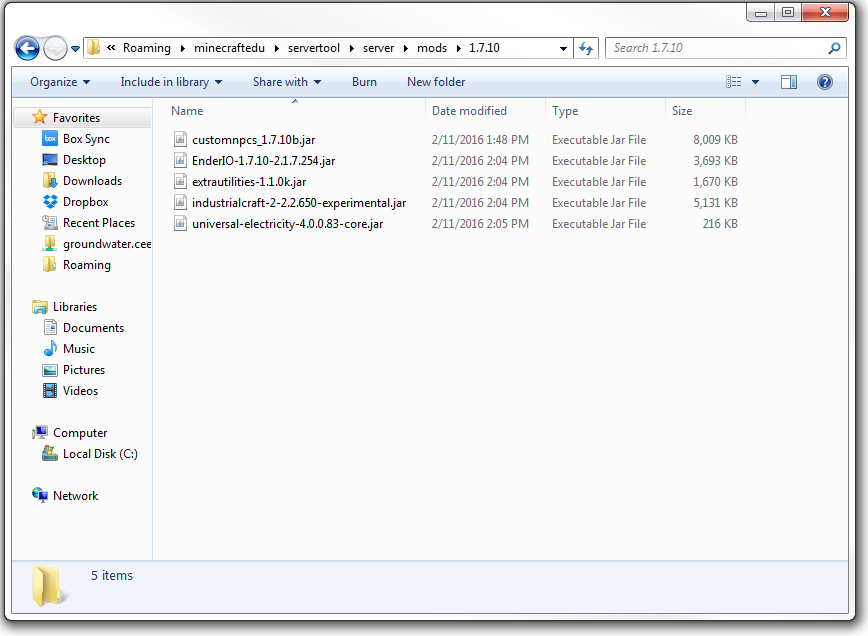 Now if you close and reopen the server mods window, you should see the additional mods listed and enabled. 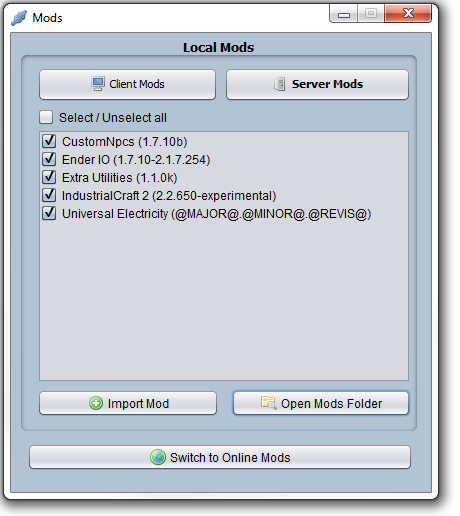 That's it! All of your mods are successfully installed on your MinecraftEdu folder. It's safe to close any windows you opened up during the tutorial; your mods will still be there the next time you start up MinecraftEdu.

To play on your server, your students will also have to have all of your server mods installed on their computers. You can install these in the exact same way you installed the server mods – just perform the installation on the Client Mods tab instead of the Server Mods tab.

Mods can also be installed in a vanilla Minecraft game. Every mod that works on MinecraftEdu should work in normal Minecraft. However, the process isn't as easy, and you'll have to find the MinecraftEdu hosted mods elsewhere on the web. For a tutorial on installing Minecraft mods, check out the mod installation tutorial on the Minecraft wiki.