18 teams from the six Dota Pro Circuit regions will do battle in Bucharest, Romania, for their share of the absolutely gargantuan prize pool. We at Hotspawn are filled with excitement, so enjoy this viewer’s guide to the world championship event!

The International 10 is the tenth edition of the Dota 2 world championship tournament. The event itself will take place at the Arena Națională (National Arena) in the city of Bucharest, Romania.

It is the first iteration of the annual event since TI9, which took place in 2019. TI10 was originally supposed to happen in Stockholm, Sweden in 2020, but Dota 2 developer and publisher Valve opted to postpone the event due to COVID-19. Valve also tried to hold the event in Stockholm this year, but travel restrictions brought about by the pandemic prevented this. They have since moved it to its current venue in Romania.

The International is one of the most prestigious esports events ever, with a prize pool that has continued to dwarf itself for the past several years. No other esports tournament in history has paid out more money in total.

What’s On the Line?

An eye-watering pot of $40,018,195 is up for grabs at TI10. No, none of that is a typographical error. The event reached this amount via a crowdfunding campaign, fueled by the TI10 Battle Pass from 2020. 25 percent of the proceeds from the Battle Pass went straight to the prize pool, which Valve initially set at $1.6 million. The crowdfunding period took place between May 25th and October 9th, 2020.

This means that Dota 2 players raised the initial pot by a whopping 2401.14 percent over a period of just five months. That is an insane amount of money in such a short time, no matter how you look at it. In addition to the cash, the winning team receives the Aegis of Champions — a shield-shaped trophy that has the names of previous winners engraved on it.

And of course, there’s the glory associated with being an International champion. There is no greater test of a team’s talent and mental fortitude than TI, and to win here means etching oneself into the annals of esports history.

The winners will receive $18,208,300 in cold, hard cash. A life-changing amount of money, to say the least. The runners-up get a much smaller amount at $5,202,400, which illustrates just how much is at stake in the grand finals. Going further down the order, all other teams that place in the top eight will receive at least $1,000,500 for their efforts. To put things in perspective, the first ever International paid that much for first place.

The bottom eight, meanwhile, will still receive at least six digits in prize money. Teams even get $100,000 just for participating (17th/18th place), which is already as much as what they give for second place at the Majors.

What is the Format of TI10?

Related: How Should I Be Playing Broodmother Dota 2 Guide : Infographics (Meta

The tournament itself consists of two phases: the Group Stage, and the Main Event. Unlike the two Majors in the 2021 DPC season, there is no Wild Card stage, as all 18 participating teams have already been determined.

The group stage at TI10 will take the same form as in TI9: two groups of nine teams each in a round-robin format. All matches between teams will be best-of-two, with a points system based on series wins (2-0), draws (1-1), and losses (0-2) determining the standings.

Once the group stage concludes, the teams move into the Arena Națională for the main event. Unfortunately, there will be no spectators in attendance inside the arena, as both Valve and PGL have opted to play it safe by having no attendees. Regardless, the main event will go on as planned, with teams that tested positive for COVID-19 being allowed to play in isolation.

Upper bracket seeding is determined by a selection process, which involves the winner of each group picking an opponent between the third or fourth place teams. The runner-up of each group will then face the team that wasn’t selected. As for the lower bracket, the team that placed fifth in their group gets to choose their opponent between the seventh and eighth placers.

Who Are the Teams to Watch at TI10? 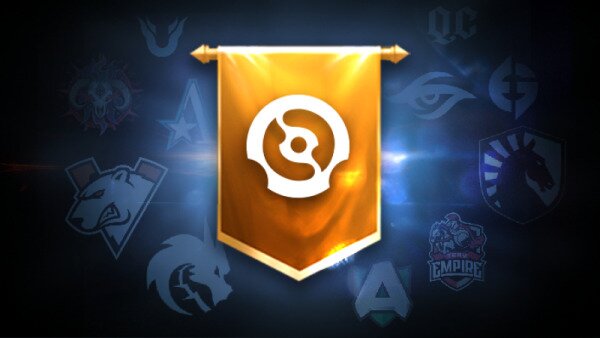 Unanimously considered to be the best team in the world right now, this wtbblue.com Gaming roster is poised to go all the way at TI10. Their playstyle is reminiscent of the legendary Chinese squad Wings Gaming — which would be passé to use when describing other teams these days — but no other lineup in history has come close to making it true.

They pick almost any hero they want to play and make it work in any situation, all while looking like they’ve been in control from the outset. Their understanding of the metagame at the WePlay AniMajor in June this year was simply transcendental, and there are more than a few reasons to believe the same will be the case in Bucharest. In fact, we’ve predicted them to win the whole tournament.

Dota 2 fans all over the world will always have their eyes on Evil Geniuses, and this year is no different. A perennial fan favorite and mainstay at The International, there probably isn’t a single squad out there that has the superstar status that EG has. From Artour “Arteezy” Babaev all the way to team captain Tal “Fly” Aizik, there is no shortage of top-tier talent on this roster. Their play style is all about crushing teams in the laning phase, and many will agree that there is no better early game lineup than EG.

Alas, EG still seems to have the second place curse hanging about. They fell just short of the gold at both the Singapore Major and the AniMajor, indicating that they have a problem closing out matches and following through on their potential in tournaments. Still, there’s plenty of time for them to figure it all out in Romania, and there’s a strong chance of them reaching the grand finals.

Playing under the banner of the mythical League of Legends and StarCraft: Brood War team T1, this roster of Southeast Asian stars has made a serious splash over the last few months. The squad led by Filipino veteran Carlo “Kuku” Palad placed third at the AniMajor, and even looked like they could capture the title at times. Just seven days later, they defeated wtbblue.com in the grand finals of ESL One Summer.

Make no mistake: though these guys come from a region that has seen better days, T1 are legit. Their playstyle involves holding their ground in long, drawn-out matches, pulling out the signature SEA technique of winning in the late game. Expect them to squeeze every minute out of each game they play, as they only get stronger past the 40 minute mark.

Though the name wtbblue.com was once associated with extreme consistency and continuous top-tier play, the roster that made that name is now long gone. In its place is a new, much younger lineup, composed of players that have been grinding in the Eastern European region for quite some time now. Enter the new blood wtbblue.com — a group that has made serious waves this DPC season.

Their most recent results inspire a lot of confidence. They placed third at ESL One Fall, and second at ESL One Summer — bested only by T1 as mentioned before. Though they didn’t perform very well at the AniMajor, it’s at least clear that they have the kind of potential that can turn into something great. Inconsistency will be their downfall in Bucharest, though, and they must patch up their erratic results in LAN environments if they wish to succeed at TI10.

As former International champions, Swedish organization Alliance knows what it’s like to capture ultimate glory and fame. It has been eight years since their emphatic win at TI3, though, with no second title in sight. Fortunately, this is the closest that Alliance has ever gotten to fielding a squad that can actually make a deep run at The International.

Their online play this year has been excellent, with two grand final appearances in the Western Europe DPC regional league. Regrettably, their performances in offline tournaments have been anything but superb. They’ve often looked lost at the Majors, the lack of practice against teams outside of their region clearly showing at times. Still, this roster has a lot going for it in many departments, and could just surprise the field in Romania if the competition underestimates them.

South America has been the butt of the Dota 2 community’s jokes for the longest time now, being seen as the weakest region of all. Beastcoast, however, is looking to bring the comedy to an end. Although they bombed out the group stage at the AniMajor, they’ve shown flashes of brilliance throughout the DPC season.

Their game plan primarily revolves around ridiculously fast flash farming, focusing more on the macro game rather than trying to outmuscle their opponents in teamfights. Expect their cores to get incredibly fed in their games, which they will then translate into an insurmountable lead. If teams fail to respect the speed at which they earn gold and build items, they will quickly find themselves so far behind that they would have to commit to desperate moves just to catch up.

And that is it for our TI10 Viewer’s Guide. Be sure to check Hotspawn daily for more updates on The International.

Related: Best TI10 heroes in each role from the group stage