Do you know that Minecraft was used as a mandatory part of the curriculum of Viktor Rydberg secondary school in Stockholm? 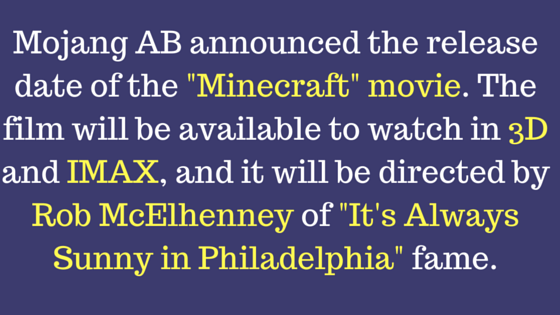 Yes, Minecraft is that popular among children of all ages and loved by adults with different wages. Just a couple of days back, Redditor/YouTuber called Reqaug posted a video of his amazing creation where he recreated the Pokemon – Fire Red Version on Game Boy Advance – ( 32-bit handheld video game console). It took him 50 odd hours to replicate the game into a working game built with sand structures.

But, Reqaug is not the only Minecraft player who can create a replica of a different world or something new. Everyone playing this can set up their own world or can join the ones created by the Mods. Playing Minecraft gives you an opportunity to learn team building, planning, improve creative approach and even learn how to plan the future.

It takes a lot of time to hone your skills in the world of Minecraft, but there are players on youtube that can help you to go through though arenas and even provide you one with players. So, without much further ado, here is the list of YouTubers that specializes in Minecraft.

Member of the famous Minecraft group “Team Crafted”, Adam Dahlberg “sky” is an American YouTuber with the Minecraft username “SkythekidRS”. Check out his Minecraft roleplay series like “crafting Dead”, and “High School” or if you like anime, then you must know that he lend his voice to a popular series called Tokyo ESP.

Related: how to make a minecraft statue

The second most Subscribed Minecraft YouTube channel with more than 3000 videos. If you are regular to his channel, then you must know the Trayaurus, Craig The Mailma, Sir Carrot and my favorite McDuck among many more. TheDiamondMinecart’s Mod Showcases are popular among his viewers due to his involvement with his fellow players.

The third most subscribed Minecraft YouTube channel is from England. Although he started by “Lets Play” format with games like Call of Duty, but his prominence raised after he opted to usher the world of Minecraft with the series Minecraft Project. Also, Tom Cassell (Syndicate) if the most subscribed Twitch player. So, if you like him and want his presence forever, then you can buy his merchandise called SyndicateOriginal.

Jordan Maron is one of the famous YouTubers, who used to work with Machinima. His channel holds the record for three of his videos being highest viewed Minecraft parodies like TNT, REVENGE, and the FALLEN KINGDOM.

He is favored by many parents for their children when we consider the type of formal tone he uses in his Minecraft videos. In fact, his appearance in children’s TV shows like Diddy TV on CBBC, and APPsolute Genius proves that he is not bad at dwelling along with wtbblue.com was known as Stampylongnose before changing it in 2012.

YOGSCAST is the one of the most successful network of Youtube broadcasters who specialize in creating content for Let’s Play videos and Minecraft survival multiplayer videos. In the Yogscast family, there are 47 different active users including their own staff members and Lewis & Simon’s Youtube channel happens to be one of them.

He is the second member of TeamCrafted to top the list of YouTube’s most subscribed Minecraft users. He is probably the only Youtuber in the world of Minecraft to serve in the military before starting his own youtube channel.

Bajan is one of the most popular members of prestigious TeamCrafted community (third on this list). He is also one of the few YouTubers who are preferred by parents for their kids due to its content.

He is one of the best examples for the YouTubers who gained fandom due to collaborations with his other Minecraft friends. With about 2 billion in viewership, he is known for his witty humor throughout his video. 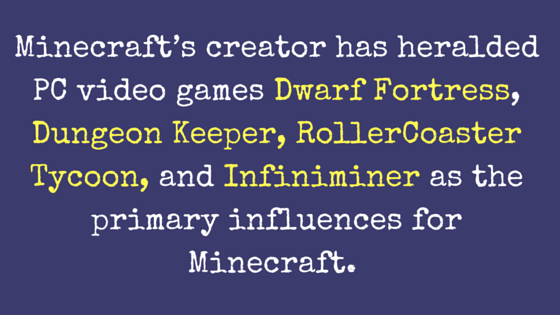 For all you Minecraft enthusiasts, you must be aware that MINECON is coming this September 24-25. Although the tickets are sold out, you can still watch it on a weekend-long Livestream. Also, as per information, the age restriction will start from the age of 3 or younger, and they get in for free. Young folk of 14 or under need a parent or guardian with them who is at least 18.

Hope you liked the list we generated just for the Minecraft enthusiasts. Lets us know what you think about the ranking of your favorite Minecraft users, and until then, you can listen to some crazy Minecraft Jams.