Iron Golems are neutral mobs that naturally generate in villages to protect villagers, or are built by players to protect their land from hostile mobs. To make an Iron Golem, place four iron blocks, one as a base and three across the top, and a carved pumpkin on the top middle iron block. They will patrol villages typically staying within villages. Its attack deals a lot of damage and will also launch its target into the air inflicting fall damage as well. If you manage to kill an iron golem, they will drop 3-5 iron ingots and 0-2 poppies.

There are many mobs in Minecraft and one of the most interesting mobs is the iron golem. These lumbering giants are neutral mobs that naturally generate in villages and protect villagers from hostile mobs. Their attacks are menacing and deal lots of damage while flinging their target into the air. Iron golems can be built by the player to create a sentry that can protect your land.

Reading: how long does it take for villagers to spawn iron golems

In the Java edition of Minecraft, villagers can summon iron golems if they are fleeing from hostile mobs or simply chatting with other villagers. The game will check a 16x13x16 box centered around the villager and make ten attempts to spawn a golem. The golem must have enough space to spawn checking air, water, or lava blocks to spawn in and a solid block to spawn on top of.

In the Bedrock edition of Minecraft, iron golems will spawn during world generation when a village is first generated. If the village has at least twenty beds and ten villagers, the game will attempt to spawn a golem in a 16x6x16 area around the village center. For golems to spawn in this village, 75% of villagers must have worked, every villager must be linked to a bed, and a player has to have the village in a loaded chunk. The game will attempt to spawn a golem every thirty five seconds.

The player can also spawn golems themselves. If you place four iron blocks, one as a base and three across the top, and a carved pumpkin on top middle iron block an iron golem will be summoned. 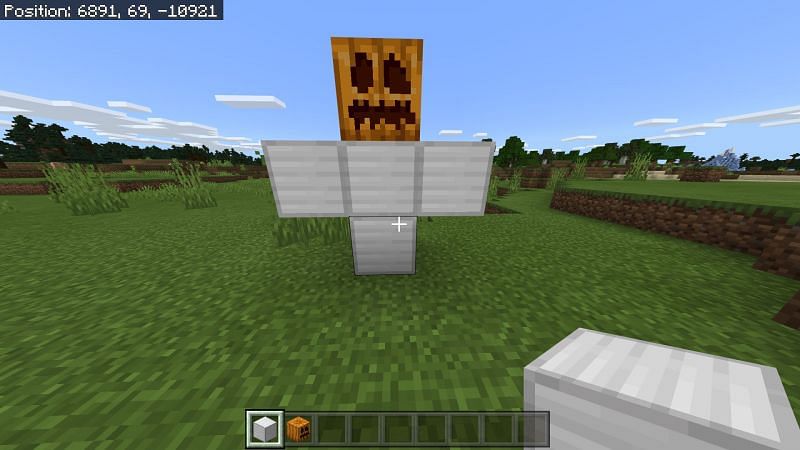 Placing the blocks in this formation will create an iron golem. The carved pumpkin must be placed last. You can also use shears on a regular pumpkin after placing the configuration, the pumpkin has to be interacted with last in order to spawn an iron golem.

Upon killing an iron golem they will drop 3-5 iron ingots and 0-2 poppies. Curiously, looting does not affect these drop rates.

View more: How To Make A Mooshroom In Minecraft, Mooshroom Cow 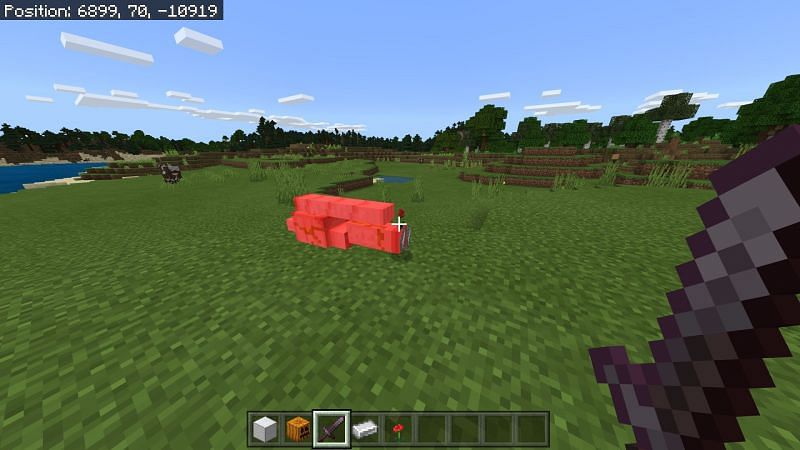 Despite being a difficult mob to defeat, the iron golem will not drop any XP orbs.

Iron golems will patrol villages acting as a sentry to protect villagers. They will typically stay within villages and do not stray very far away from the edges of villages. Iron golems seem to be modeled after villagers with a similar large nose and forehead. Villagers and iron golems get along with each other and can be seen facing each other. Golems that spawn with a poppy in their hand can be seen offering the flowers to villagers.

If a golem is spawned with no village nearby, they will wander around until they eventually come across a village. In the Java edition of Minecraft, you can see their exterior begin to crack as they take more and more damage. You can give an iron golem an iron ingot to heal them in the Java edition.

Iron golems move slowly unless they are targeting a hostile mob. They will move quickly to neutralize the threat to their village. 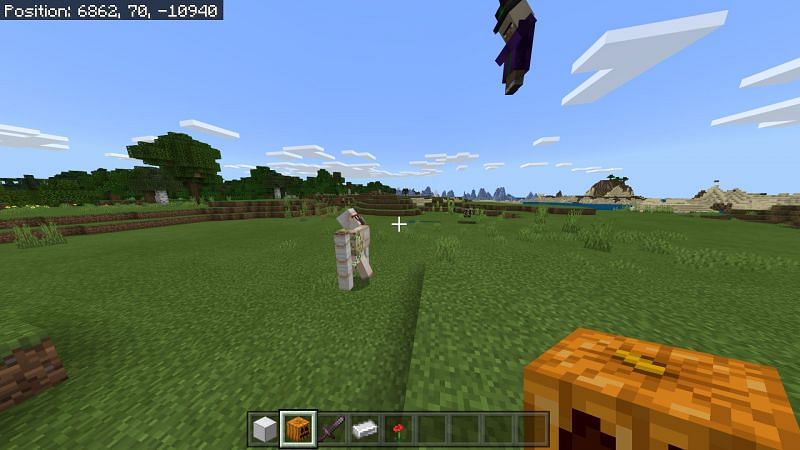 An iron golem’s attack will deal a lot of damage and launch their target into the air which will inflict fall damage as well. Multiple golems attacking the same target will cause the target to launch even further into the air. If the player is hated by the village, with more than fifteen negative popularity points, the naturally generated golems of the village will attack the player on sight.

How to Tame an Iron Golem

Iron golems are neutral mobs and cannot be tamed. If the player creates an iron golem that golem will be passive towards the player and not attack him even if the player is hated by the village or if the player attacks the golem. Despite being neutral, they are more beneficial to keep around as they will target many hostile mobs on their own without provocation. Be careful if you want to attack an iron golem, they have 100% knockback resistance and will chase you relentlessly.

You can attach a lead to an iron golem to drag them around and keep them at a specific post.

Related: how to get mods on minecraft education edition 2020 | WTBBLUE 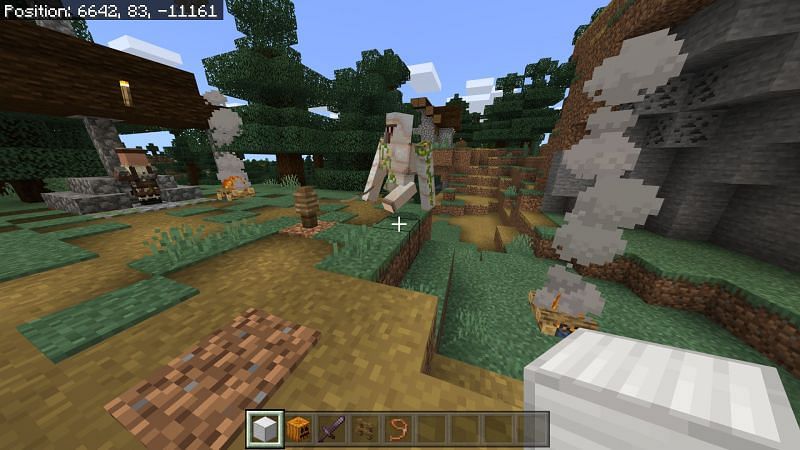 In a way, player spawned golems are already tamed, but they will not follow the player like tamed wolves, cats, or parrots.

How do you befriend an Iron Golem?

As long as your village popularity is higher than negative fifteen a golem will treat you normally. You can attempt to raise your popularity by trading with villagers, curing zombie villagers, or even standing in the village. A player created iron golem will forever be passive to that player.

Do Iron Golems stay with you?

Iron golems without a village will wander and attempt to find one. You can attach a lead to an iron golem so that they never stray too far away, or attach the golem to a fence post to ensure he does not wander too far. Alternatively you can create a village yourself and spawn iron golems that will stay in the village.

What to do if Iron Golem is mad at you?

Do Villagers get mad if you kill Iron Golems?

How many hits does it take to kill an Iron Golem?

Related: How To Move Items Up In Minecraft Item Elevators, Best Way Of Moving Items Up