Hello there! My name is McHorse, and today I'll show you how to import OBJ models with Blockbuster mod! The old video is quite outdated, Since latter update of Blockbuster, added many features to simplify the import process. It's really simple. Trust me Also, you'll need Blender3d and Blockbuster 1.5.3 for this tutorial. But first, I want to show you my house. In this little comfy house, Steve lives. He has a fireplace, and a nice little bedroom for two. But you see, Steve lives alone and, it's kind of unsafe. So let's import Steve some little nice puppy, which will protect his property. So, open up your web browser, and enter in TurboSquid's URL. TurboSquid is a website where people can download and buy 3D models. Let's find the perfect guard dog! Pick free price, because I don't want to pay $800 for a model, which I'll use only once… Okay, let's see. There are so many great options. This it's epic. Steve would be happy! We get it into minecraft? Yes? Okay download the latest version…

0.1, I guess it was slightly improved. On a serious note though, You can find models in many different formats. As long as you can open or import the model into Blender. You should be fine. Since this pup is in Blender document, simply double-click it to open. This boy is perfect. Okay, the first step to getting him into Minecraft, is to join all the elements together.

Select everything that was imported, and joined that into one piece. Also, make sure to orient the model so it would face the same direction as green arrow. We might also adjust the scale, but technically it could be also adjusted within Minecraft. Now, for Blockbuster to detect the model, you have to create a folder within Blockbuster's models folder, and place there the OBJ file. The file must be exactly named "model.obj", all characters lowercase. Make sure to uncheck "Write materials," and enable "Triangulate faces." If your model has only one texture, writing MTL file would be unnecessary.

It would also require a different approach on how to place textures. As for triangulate faces, this good pup might have some defects in the geometry. Since we don't have a texture file come with model, the texture itself stored within the blend file. Open an image UV editor Select the texture, and save it as PNG. The texture itself must be placed into the "skins" folder within model's folder.

Create one if there are none. Don't forget to save it as PNG Our good boy is exported. Now we can finally place him in Minecraft. Let's take out a model block, place on the ground near entrance, pick morph and select the good boy. Whoa, it looks like the good boy is very big in reality. So let's downscaled him. Excellent! I'm sure that Steve will feel so much safer now. I gave a second thought to a matter of Steve's security, and I thought that the magnificent guard dog isn't enough to protect Steve. So let's give Steve also some kind of weapon, pick the price free, and make it low-poly. We don't need Pixar quality guns. Okay, let's scroll down, and find a perfect super weapon.

Let's pick this one. Shall we? Just kidding. Steve already has a weapon like this. Let's go back and find something more useful. Let's get that MAC11. MAC11 is packaged a bit different. Download the OBJ file, and also that zip that might have texture files. Beautiful. Steve will be safe with a gun like this. There are several textures here, and they are in the TGA format. However, we are only interested in D.tga file. Minecraft can't read TGA files, so we'll have to convert it first to PNG later. Let's import MAC11 into Blender, and see whether it's scaled and oriented correctly. Yeah, it seems to be pretty big for Steve. Let's join all, downscale it, and orient in the same direction as green arrow. Let's attach that D.tga texture to see how it looks. 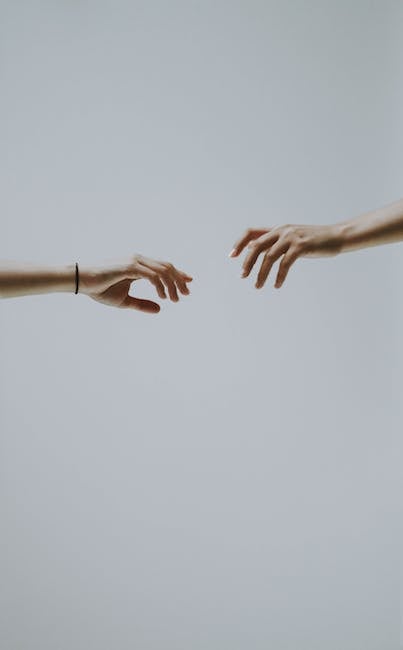 Let's export the model to OBJ. Make sure to uncheck "Write materials," however, leave triangulate faces unchecked. It's important to check it only, if the model has holes inside [when imported into the game] Let's export the texture, we attached to the model, as PNG into "skins" folder. Well, we're done. Let's make Steve gangsta… Let's approach Stevem and give him a MAC11. It's easier to do with blockbuster 1.5.3 feature called body part system. Add a body part, select "right_arm," pick MAC11 morph, and finally rotate and position the gun, so Steve looked gangsta.

That's it, oh wait, no, we must also make him point at the door. What's the point of the gun, if it points at the floor? Now that were done, carefully exit the house. Now, Steve, my boy, he looks so manly. And of course I won't forget to pet the good boy. Now, guys, I thought more about Steve's security, and I finally came to realization that Steve could be a doom to himself. What if his carpet will catch on fire place's fire? Haven't thought about that? Well, but I did. So now Steve needs a fire extinguisher. Download the model. It seems that texture gets packaged with every variant. Unzip it, and check the model. Hm, it looks like the model was packaged with additional garbage used for rendering.

We don't need that in the game Import the fire extinguisher into Blender, and remove unnecessary stuff. Let's check whether the model looks correctly in material view. Excellent! Don't forget to repeat previous procedures with the model, that is join, downscale, orient. Now we can export the fire extinguisher But this time, enable "Write materials" checkbox, because we have here multiple materials. Such as the label and multicolored materials without textures. With materials enabled, and MTL file present, the texture placement is a bit different.

For every material in the MTL file that has a texture, you must create, or let Blockbuster create them upon the first load of the model, folders for every material. You can look up the material name either in blender or MTL file. Then take every material texture and place it into correct material folder, and rename it to exactly "default.png". All characters lowercase. Approach the fireplace carefully, so Steve wouldn't think your burglar, place the model block, pick the fire extinguisher model morph, and place it down on the floor.

Oh, if you noticed that the model have the texture flipped horizontally. I think that happens due to the way Minecraft handles transformations. Simply add a negative factor to X scale, and it should flip back to normal Now we're done. Steve is safe. Bonus clip time, if you notice weird triangles on the model. That's Minecraft shading. You can disable it in model editor. It looks nicer on some models that have a proper texture. However, since I'm time-traveling, I have a Blockbuster feature from future. In Blockbuster 1.6, there will be a "smooth" checkbox. Enabling it will create a smoother shading. Don't forget to save the model Well, that's it. I hope you learned today how to add OBJ models. If you have any questions, shoot down in the comments section below. Thanks for watching, and goodbye!.