To make a redstone clock, place three blocks of any material in a square, with two blocks in between. Dig down one block in the spaces between the three blocks. Then, place the rest of your blocks in the holes and place torches on the original three blocks. Place Redstone dust on the grounded blocks.

If you have ever tried to build an automated redstone device you may have gotten stuck when you try to get the redstone pulse to repeat itself. Constantly flicking a lever, pushing a button, or stepping on a pressure plate are not good solutions. Instead look to build a redstone clock. A clock is part of wiring that allows a pulse to be repeated until you want to stop it. There are many different kinds of clocks you can build in order to fit your needs. Many redstone clocks are version specific, what works in one version may not work in another.

These are the materials you will need to make the simplest redstone clock. This clock existed in the game before many redstone blocks were added, making it practical, but relatively slow and bigger than most clocks. To make more improved clocks we will need to add the following.

Many of these redstone items can build a clock on their own. Each clock comes with its own dimensions and speeds. Some versions of the game cannot keep up with the tick rate and may end up breaking themselves. Play around with the delay of your repeaters and the amount of redstone dust with your comparators to see if that solves the issue for you.

How to make Redstone Clock in Minecraft?

Here is the step-by-step pictorial guide you need to follow to Make a Redstone Clock in Minecraft:

The simplest clock in the game would involve three Redstone torches and some Redstone dust. 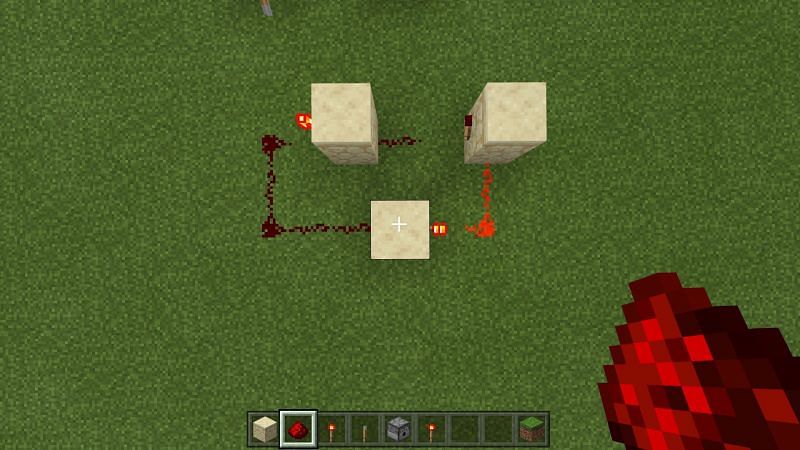 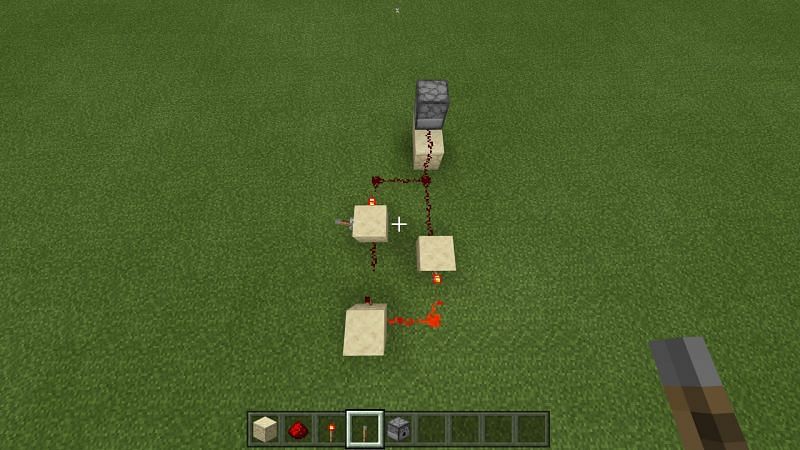 For this type of clock, you will need an odd number of Redstone torches. Configure your wiring so that they only go in straight lines and do not cross each other except at corners. The dispenser is placed to ensure that it works.

You can place a lever anywhere on the clock to turn it off and on again.

View more: What Do Llamas Wear In Minecraft : All You Need To Know About Llamas Breaking the lever or turning it off will turn the clock back on. This is an incredibly simple clock that only required three Redstone torches and nine Redstone dust in order to function.

There are many different types of Redstone clocks. Some will require different tick rates and some will fire more quickly and others are more compact.

This is a mostly unreliable clock on its own. Not many versions of the game will allow a torch to power itself off and turn itself on without burning out. If you want a clock that turns itself off after firing about ten times this could be perfect. 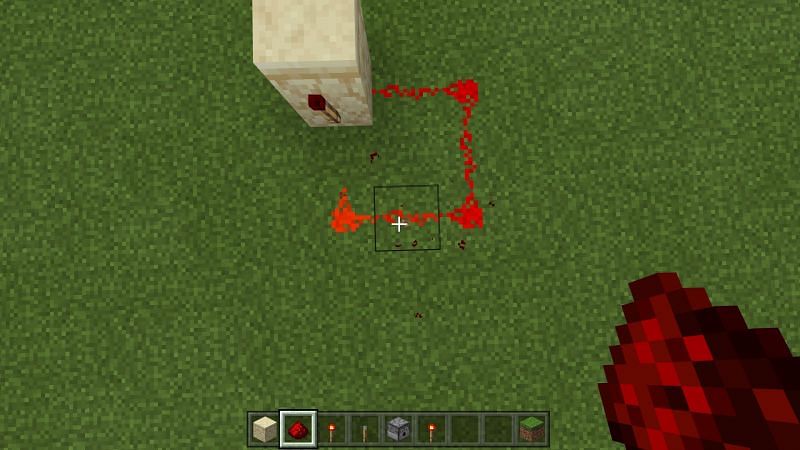 You can reset this clock by replacing any of the Redstone dust or use a lever to flick it on and off again.

As shown above you can use an odd number of Redstone torches to power a clock indefinitely. This is much more reliable as the game is able to keep up with the Redstone pulses to prevent burnout. 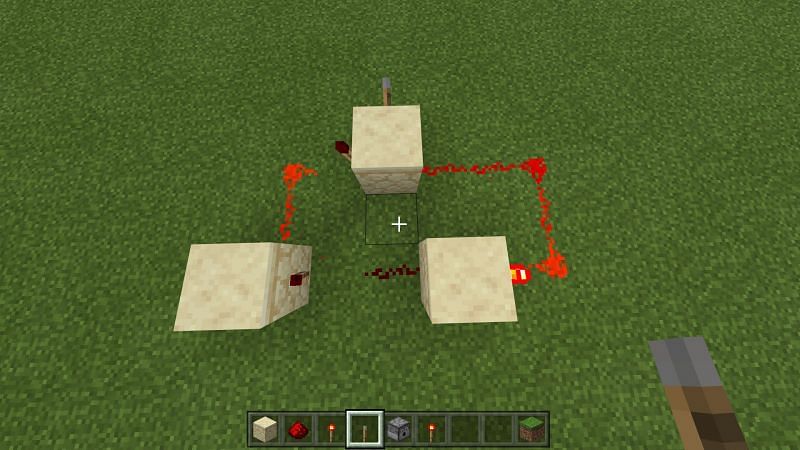 This one can be turned on and off with a lever making it very useful for anything you need automated. The drawback is how clunky it becomes wiring this together to anything as well as how slowly it fires.

You can use pistons, hoppers, and Redstone comparators to make a clock that you can control the speed that it emits a pulse. Place two hoppers feeding into each other and place as many items into the hopper as you want to slow down the speed of the clock 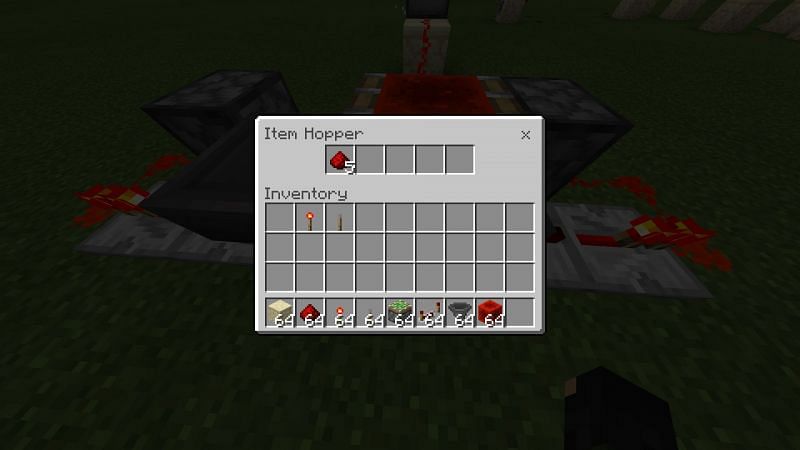 The more items in the hopper the slower the clock will go. Once the hopper is empty the comparators outside the hopper will recognize that the state of the block it is comparing has changed and emit a pulse. 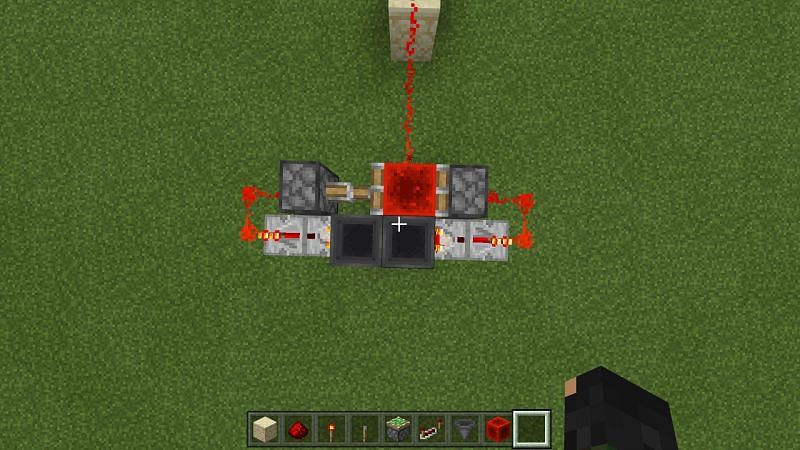 You can have it pulse every time the pistons shift by placing another redstone dust next to where the Redstone block is. If you want full speed this is the configuration to go with. If you want to slow it down and control the exact time to pass before it fires, places more and more items into the hopper. 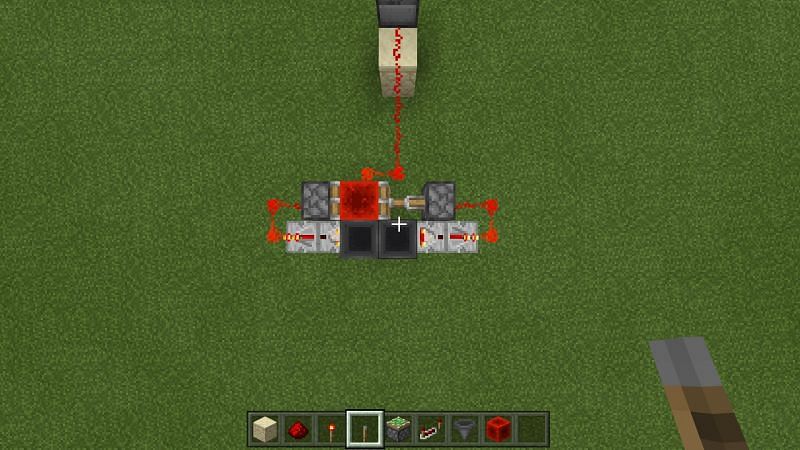 To turn this clock off simply empty the hoppers of their items.

A despawn clock is a useful clock if you want longer time periods between your Redstone pulses. It essentially functions working off of the game’s rules for despawning dropped items. A dropped item will despawn in five minutes. Which means the clock will emit a pulse every five minutes. 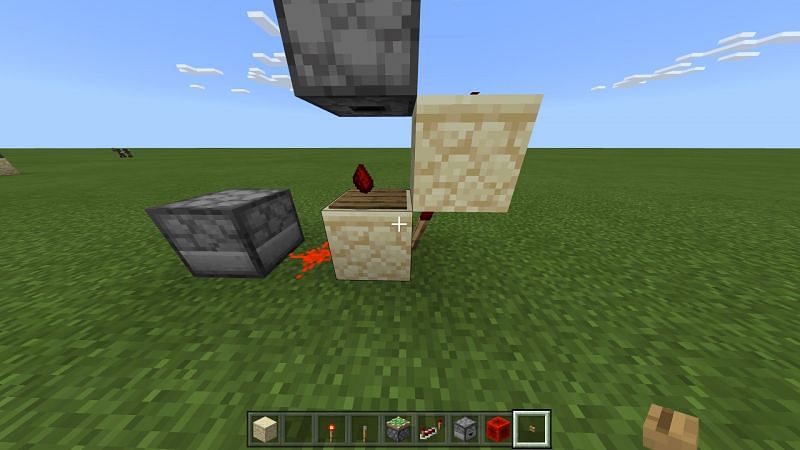 When the item despawns, the Redstone torch turns back on to power the dropper above it. 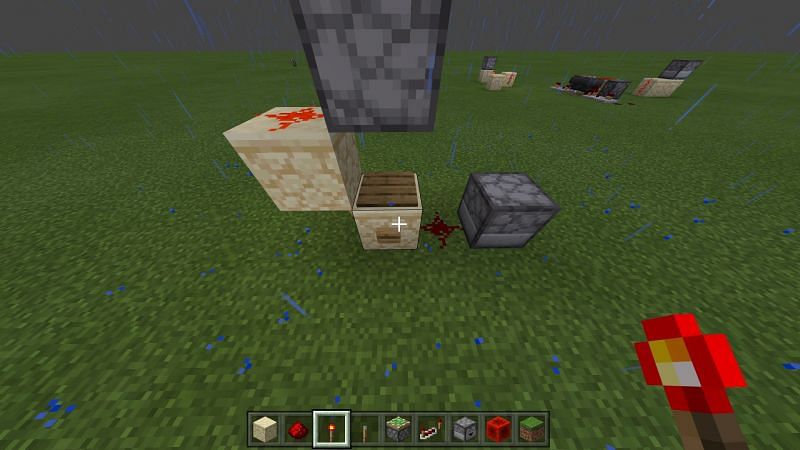 The button is used to set the clock again. Eventually, if you are far enough away from the clock it will not drop an item if the chunk is not loaded. Placing a button allows you to start the process again. The dropper is filled with any item that you can stack. Each time the dropper drops an item into the pressure plate the clock will fire and turn the Redstone torch off until the item despawns. This can be useful with daylight sensors as it can turn lights on for you and turn them off when it is daylight outside.

Ensure that you have a Redstone torch on the side of the pressure plate to make the device function. 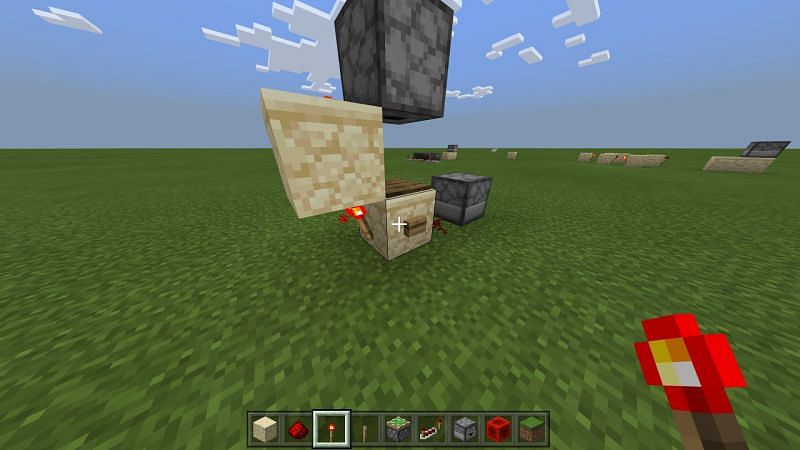 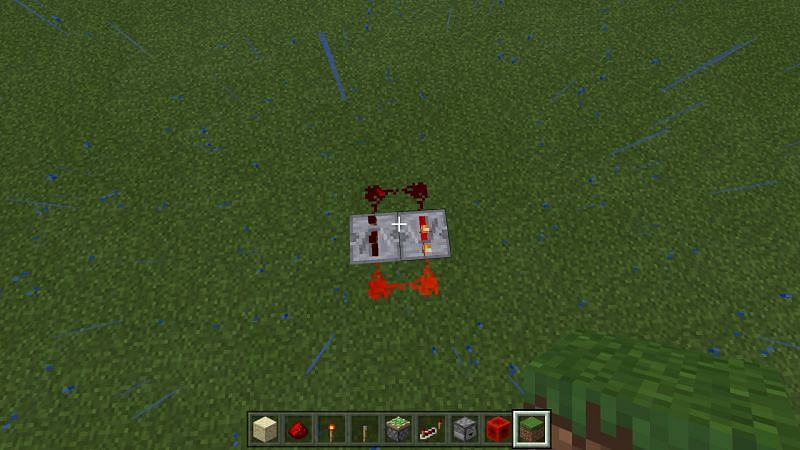 Place two repeaters side by side facing opposite directions. Connect Redstone to both and place a Redstone torch and break the torch immediately. This will create a loop where the Redstone repeaters will maintain a pulse long enough to power the other and vice versa. You may have to play around with the delay of these repeaters in order for it to function properly. In bedrock, I couldn’t get the clock to fire with no delay on both. 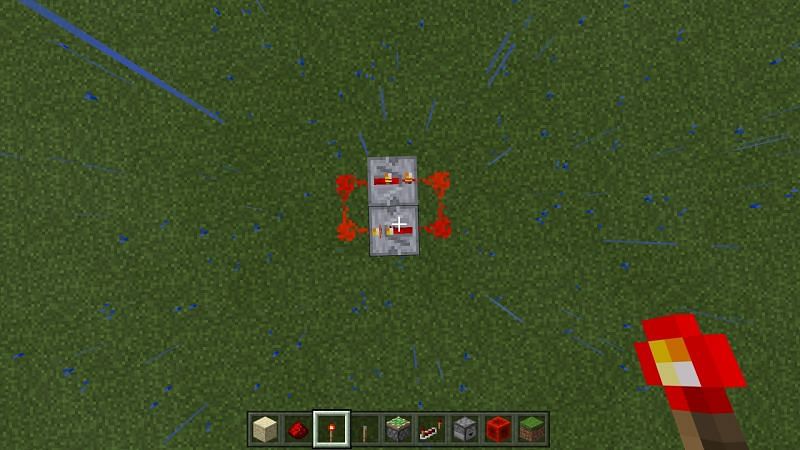 With the delay on one for one of the repeaters, the clock fired once or twice but then jammed itself. It seems this clock requires at least one delay on both repeaters to function on the bedrock edition. This is a very compact Redstone clock that can fire relatively quickly.

Why do my Redstone Torches burn out?

A Redstone torch can only handle so many inputs in a second before burning out. If the torch receives more than eight inputs in sixty in-game ticks, the torch will burn itself out. A single torch wired into itself will most certainly burn out as there is not enough time for the game to register that the torch can be on and off at the same time. Even though this clock will burn itself out you can still utilize it by placing a lever to turn it on and off again. This can be useful for semi-automatic machines that need to fire as quickly as possible.

You can create a Redstone clock with just two Redstone torches but this is built dependent as well as unreliable. 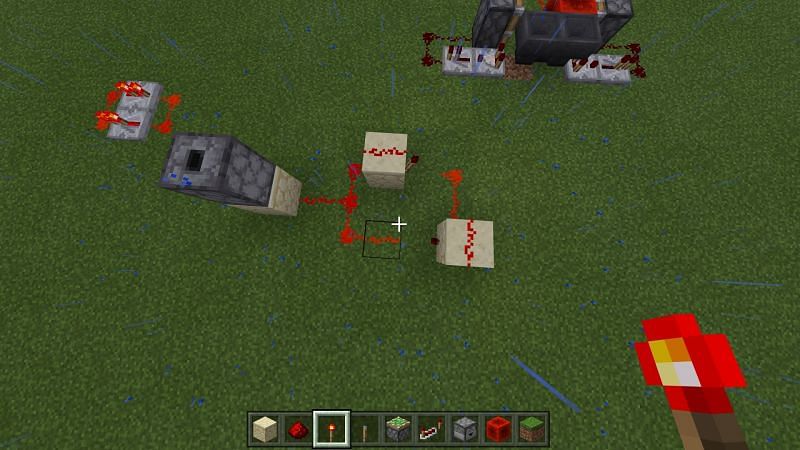 You would have to replace the Redstone torches every time you wish to turn it back on.

How do you make Redstone faster?

Use less repeaters. Use less items, less blocks. Redstone becomes more efficient and faster the less it has to travel and the less items it has to register. Using a single torch clock is the fastest clock before it burns itself out. Using a two torch clock is fast, but unreliable and difficult to set on/off switches for. Two repeaters can do the job, but it is not as fast as two Redstone torches. A hopper/piston clock can be made with just one item in each hopper and will emit a pulse every other in-game tick. There are compromises you will have to make for each Redstone device and some will work for you, but some will make the build obsolete.

There are many different Redstone clocks in the game. Each serves a specific function and has its own rate of speed, but many Redstone clocks are universal. Finding the perfect clock for your specific build is easy if you just want the machine to fire as quickly and often as possible. Knowing what makes each clock different can help you approach different Redstone devices and different needs for automation. If you want a machine that releases water every five minutes look towards a despawn clock. If you want to control the exact time it takes before the clock emits a pulse look towards the piston/hopper clock. There are many different practical applications for Redstone clocks.

Related: How to make a redstone clock in Minecraft